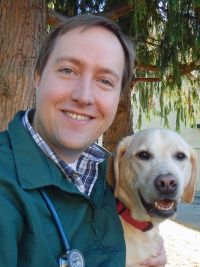 A native of Woodinville, Dr. Colin Miller has longstanding ties to this community, and to Cottage Lake Veterinary Hospital. His childhood pets were patients here in the 1990s. Dr. Miller began his journey into veterinary medicine by shadowing the Drs. Quindt and working as a receptionist at CLVH from 2012 to 2013.
Dr. Miller graduated from Whitman College in Walla Walla, and spent two years afterward in the Peace Corps in Nicaragua. While serving abroad he adopted and brought back to the U.S. his beloved cat Nico.

He attended veterinary school at Washington State University, graduating in 2018. In 2022, Dr. Miller was graciously given the opportunity to buy in as a partner in the practice and to carry on Dr. Quindt’s role as Chief of Staff. Dr. Miller couldn’t be happier to have come full circle back to Woodinville and his
hometown veterinary practice, and to carry on its legacy as an independent, locally-owned clinic where state-of-the art medicine is practiced. He is pictured here with his dog Wally. 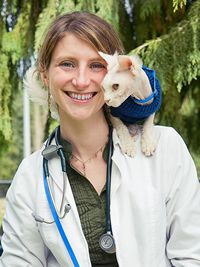 When asked what her earliest memory was, Dr. Veal told us that it was at the age of 3 and she was sitting on the back of a big black mare named Queenie. It wasn’t long after that when anytime someone asked what she wanted to be when she grew up she would say “a vet – the animal kind, not the Army kind”. Although horses didn’t enter her life until much later, she was the owner of many family cats and dogs, including a diabetic cat she began treating when she was 14 years old.

In junior high school, Dr. Jessica began observing in vet clinics, which evolved into assistant positions at local practices in high school, which then grew into canine orthopedic work as an undergraduate at Washington State University. In her eyes, from as early as elementary school, she felt the best way to help the animals that she so deeply cared for would be in the role of a veterinarian. Providing health care to our beloved furry companions could not compare to any other calling as a career there is nothing more rewarding.

A native Washingtonian, Dr. Veal spent her early years in eastern Washington and most of her adolescence in central Washington, specifically Yakima. After finishing veterinary school, she was eager for a change of scenery and wanted to settle in the Seattle area. Dr. Jessica happily joined the Cottage Lake Veterinary Hospital team in 2007 and couldn’t be more pleased with her fellow team members and the community!

Outside the hospital, Dr. Jessica’s animal companions have been many and varied but currently consist of a horse named Hawk and a cat named Simcha. Hawk was a rescue case acquired near the end of her veterinary school days, and despite multiple medical challenges they are able to enjoy Classical Dressage lessons and walks on nearby trails.  He occasionally lets Jessica leave the stable and spend time at home with Eric and Simcha, who keeps them entertained with contortionist poses atop her cat tree. Simcha enjoys her role as household greeter, vocalist extraordinaire, and personal alarm clock. She is so devoted to the latter duty, that come wind, rain or power outage she will personally ensure that either Eric or Jessica awakes by 4:00AM for her breakfast. 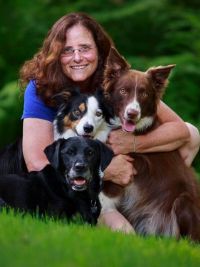 Dr. Mitchell announced at the age of 4 that she was going to be an animal doctor, her first patient involved splinting her plastic horse’s leg. Upon graduating Veterinary School at UC Davis California, she began her dream to practice Veterinary Medicine. Since graduation, she married and then moved to the Pacific Northwest with her husband Richard. She has been practicing on the Eastside for many years and loves to be working near her home in Woodinville. She has helped many species from dogs and cats to snakes, guinea pigs, rabbits and many species of birds. She has performed many surgeries and enjoys the challenges of internal medicine.

As a child, Dr. Mitchell met a shepherd in the Sierras who showed her how his dogs gathered sheep. A new passion was born! Recently that passion was realized when her husband Richard cleared a pasture and built a barn on their property in Woodinville. Dr. Mitchell is active in the herding community in the Puget Sound and participates in sheep herding trials when she can. She is currently training her 7 year old Border collie, Teine.

When Dr. Mitchell is not training dogs or practicing Veterinary Medicine she spends time hiking and camping with her husband Richard and their 3 sons. Dr. Mitchell is an avid reader and enjoys working in her yard when she has worn out her dog and her family is busy pursuing their interests. 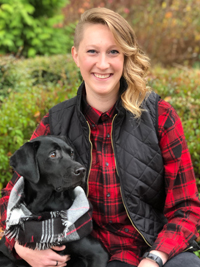 Born in Oregon, but having spent most of her life growing up in Illinois, Dr. Edgers knew she wanted to someday return to the beautiful Pacific Northwest. She finally got the chance in college when she decided to attend Pacific Lutheran University as a dual-sport collegiate athlete during her undergraduate career. Determined to stay in Washington, Dr. Edgers found a serendipitous balance between location and academic excellence at Washington State University where she graduated from the College of Veterinary Medicine in 2020.

Dr. Edgers has a love for all animals, from cats and dogs, to alpacas and goats, and every friend in between, but has a particular passion for small animal dermatology and soft tissue surgery. She also holds a special interest in honeybee veterinary medicine and is currently working on becoming a certified beekeeper.

Dr. Edgers is always looking to learn new things, be it a new hobby, a new recipe, or new advances in veterinary medicine. If she’s not using her free time working away at her most recent project, you’ll find her enjoying the great outdoors with her trusty trail buddy, a young Labrador Retriever named Nox. 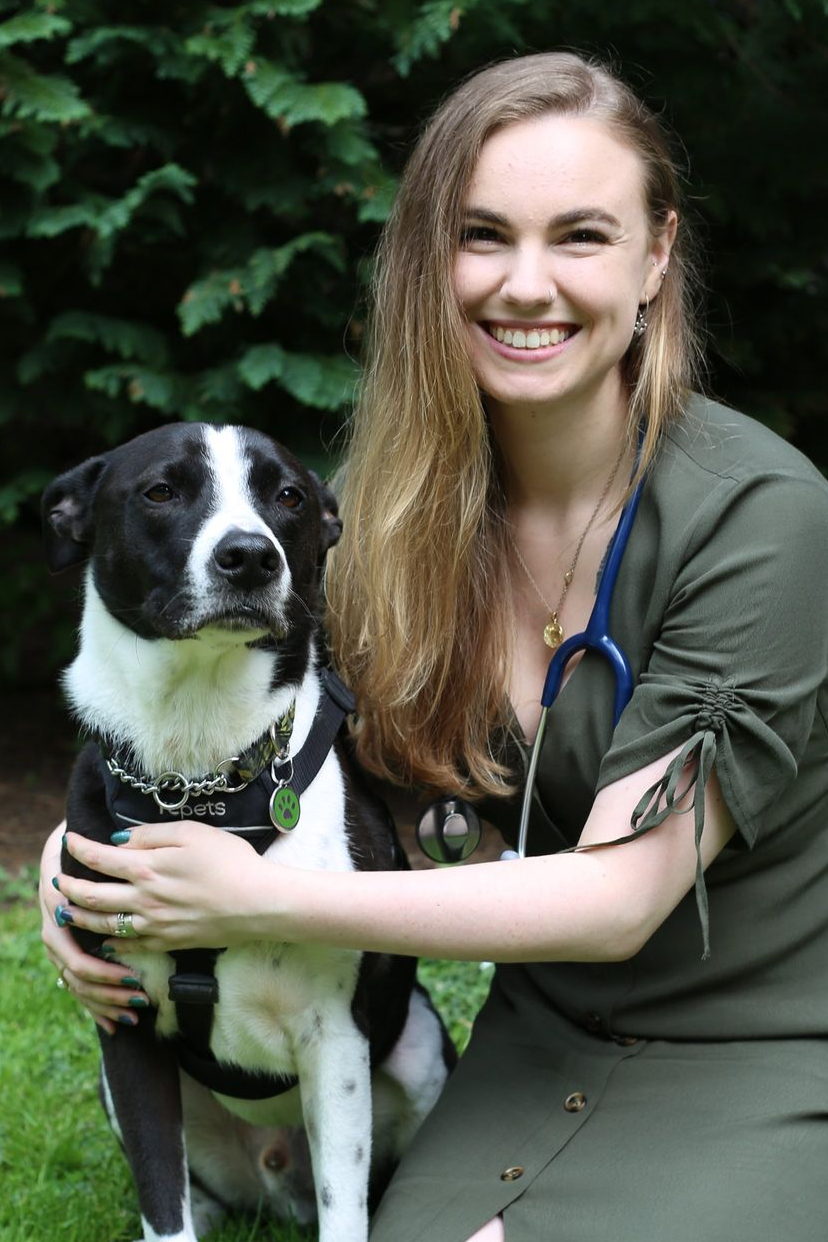 Dr. Reyana Zuber grew up in nearby Duvall, Washington. She moved to Billings, Montana to earn her Bachelor’s degree in English with an Equestrian Studies minor at Rocky Mountain College and work her way through school grooming dogs. As she was getting ready to graduate, Dr. Zuber realized she wasn’t ready to stop learning, and that her dream of helping animals and their people by becoming a veterinarian could become a reality.  She stayed in college an extra year to complete her prerequisites for vet school and worked as a veterinary technician in Billings for two years before being accepted to the University of Glasgow School of Veterinary Medicine in Glasgow, Scotland.
Dr. Zuber, her husband Jobe, and their fur-kids Cooper the dog and Kenzi the cat lived in Scotland together for 5 years while Dr. Zuber was in vet school. During this time, Dr. Zuber spent several weeks at Cottage Lake Veterinary Hospital on a placement for school, and knew from the first day that this hospital was where she wanted to work when she graduated. The whole family has now moved home to Washington, and Dr. Zuber is delighted to be a part of the CLVH team.